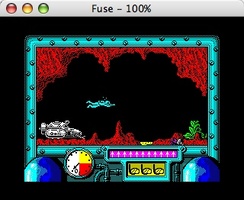 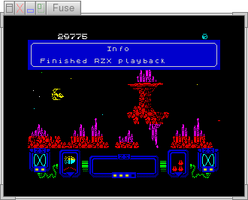 Advertisement
Do you remember those great old games you used to play on your Spectrum? Now you can play them also in your new computer thanks to Fuse, an spectrum emulator that can emulate all functions of the well-know system. Although at first Fuse was only for Unix, in fact it's an acronym of Free Unix Spectrum Emulator, now it has been ported to Windows.

Fuse emulates perfectly the sound and devices like the printer and controllers of the popular machine. The most popular format supported by Fuse is TZX. The keys F1 to F10 control the functions of the emulator.
Reviewed by Álvaro Toledo

Why is this app published on Uptodown?
(More information)

There are opinions about Fuse yet. Be the first! Comment